The Importance of Maintaining a Clean Home

Ok, so I think we can all agree that the worst thing about visiting friends or relatives is that some of them just don’t have the same standards when it comes to cleanliness as the rest of us do. I’m not anal-retentive about my house being spotless, and I don’t do the dishes immediately after finishing a meal, although I normally do at least put them in the dishwasher. Doesn’t everyone?

I went to college. I lived the young bachelor lifestyle that consists of always going out and rarely being home. When I was home, there was a party to be had at my house any opportunity available! Which does not help matters in the least. 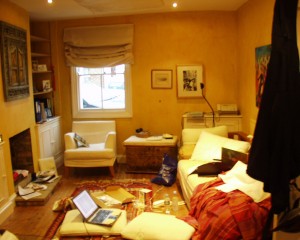 Let’s just say I grew out of that phase…thankfully!

Not everyone does, so I see my graduation into adulthood as an indication that I’ve matured…at least on some level. There may be some work to be done in other areas, but at least my home LOOKS like a place that a fully realized adult would live.

END_OF_DOCUMENT_TOKEN_TO_BE_REPLACED

Gay Marriage is Legal and it’s Good for Business?

Today is one of those historic days in American history. We have had many lately. Most recently was last week when a black church in South Carolina saw 9 members of their congregation gunned down by a white supremacist with his heart set on performing some kind of evil. The worst part about this was that he sat in on the prayer meeting being held with the church members before he exacted his evildoing.

It is my belief that if there is a place called hell, these kind of people will be condemned to the deepest, darkest corners of it and be subjected to eternal pain and suffering at the hands of Satan himself. It is very hard to understand how depraved a man or woman could be to perform such an evil deed and in such a way as he did. I do not care to understand these people. Attempting to understand them only gives credence to their existence, which they are clearly not worthy of, let alone existence at all. But, just like ISIS, there will always be evil in the hearts and minds of some men and women. We cannot change it, but we can do our best to make sure they remain on the opposite end of the majority.

Our country’s psyche and morale has been in a very low place over the last week or so. From the shootings to the sad, sad debate over whether the confederate flag should be removed entirely from all government institutions in the south. The fact that there were defenders of keeping the flags in place just goes to show that our country, as a whole, has a long way to go when it comes to changing our level of acceptance.

The idea of respect and acceptance is one that a lot of people share and one that I’d dare to say the majority of people possess, at least by a small percentile. A good family friend of mine who lives down in Arizona makes it a point to hire minorities to work for his towing service because he has a firm belief in the founding principles of our country. 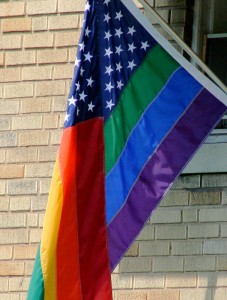 It is sad and disheartening to see this happen and my heart is crushed for the victims and their families. BUT……!!!!